So over the last 2 weeks things have got pretty crazy in the nutrition world, it seems we have all gone a little mad. And to be honest, i’m getting a little fed up with the commotion. Firstly, you may have heard that Jess Ainsough (AKA The Wellness Warrior) passed away about 2 weeks ago. In my opinion Jess was an advocate and true warrior for health, however she wasn’t an expert and was simply in human survival mode when it came to her health. She did what she believed was right in terms of treatment for her cancer, and if that meant she passed away earlier that she may have from typical cancer treatments, then that is ok, because it was her call.

During her time as The Wellness Warrior she inspired thousands, and challenged the mainstream, which is a huge milestone and we can all thank her for that. While some are saying her views are “dangerous”, I believe that we all need to be responsible for our own bodies and healthcare, so if you are going to put all your eggs in one basket and believe the words of one person (who is speaking from personal experience rather than scientific evidence) then that is your call. I think its awful that there is so much negativity around her death, she was an inspiration and there are many things we can thank her for (Although coffee enema’s are just not one of them!).

The next big piece of news headlines is the whole craze around the Pete Evans/Bubba Yum Yum Paleo formula. Now this one is getting me a little annoyed, because while I think Paleo is a fantastic way of eating for SOME INDIVIDUALS, it is not ok to mess with the health of infants. Bubs have such specific dietary needs, and a mothers Breast milk is defiantly the best way to go, and if the case may be that the mother can’t breastfeed for whatever reason, scientists have spent a vast amount of time developing specific milk replacement formulas to cater to these very specific needs. And for a health coach/chef and a mumma health blogger to say that a bone broth/liver concoction is an ok replacement for this is not cool.

Don’t mess with the health of our children, or the children of anyone else

Don’t mess with the health of our children, or the children of anyone else. I understand that the infant replacement formula is not made up of nourishing wholefoods etc, but due to the nature of babies development, we have to be so careful with the amounts of nutrients they get while they are growing. So giving them a formula replacement that could be varied every single time you make it, is very very dangerous. I’m not saying paleo in general is dangerous, and i’m all for feeding kids whole foods that nourish their little bodies, but just while babies are in the stage of life where nutrition is vitally important, just leave that to the experts. And feel free to drink the yummy bone broth formula yourself.

And lastly, the Belle Gibson cancer lie kerfuffle. I have no idea where the real truth lies with this one, but it appears as thought the founder of The Whole Pantry app, website and now cookbook, has been living a life of lies. Belle (who is known on insta as healing_belle) is being questioned in regards to the validity of her cancer diagnosis. Considering the foundations of her business is on the fact she is “cured from cancer” due to eating all this wonderful healthy wholefoods, is slightly frustrating.

The question I ask, if the lies have helped thousands of people live healthier and happier lives, is there really much of an issue?

However, the sliver lining in this one-I think if she has developed this huge array of lies to build a business, she is one intelligent woman for keeping it up this long, and to be honest, the app and business she has developed is full of great recipes and beautiful images. I will keep on using it, I don’t really care too much about the fact she was lying. That is her burden to carry, and it’s not something I would ever do. She must be under a huge amount of pressure from her ex-fans and the media. The question I ask, if the lies have helped thousands of people live healthier and happier lives, is there really much of an issue? I guess the issue does lie with the fact she promised to donate the money raised from the app to charity, which hasn’t happened-that’s not ok in my books.

So to round off this little rant, the moral of the story is to do your own research, be critical about what you read on the internet, listen to the experts (i.e people who have the necessary scientific qualifications), eat real, wholefoods as we were intended to, and be kind to ourselves and to others, don’t judge and be negative towards others, it only create negative energy in your life, which nobody really needs. Love and happiness guys!

What are your thoughts about the whole nutrition kerfuffle at the moment? DO you think we need it for a good kick up the bum, is it getting out of hand, or maybe you are just really confused! I would love to get some discussion happening, comment below!

I'm a Nutritionist, who is passionate about whole, real and unprocessed foods, science and research, whole-body health, yoga, empowering women, and exploring!

Nutrilly Nutrition is a sanctuary for those struggling with food, diets, crazy nutrition myths, body image and health. 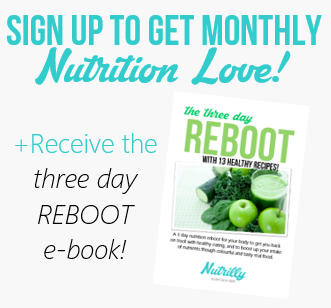